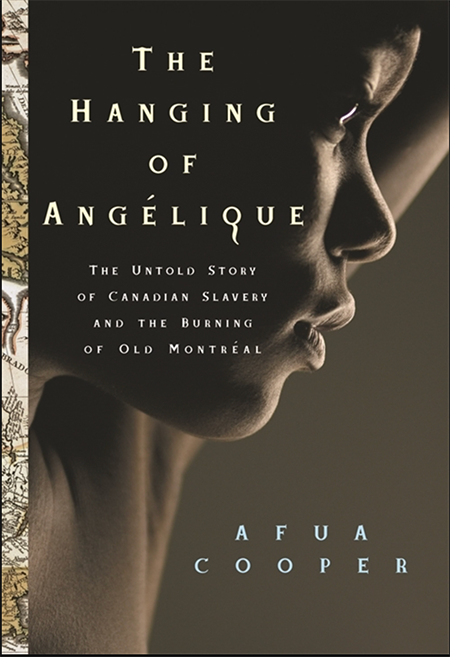 The Hanging of Angélique: The Untold Story of Canadian Slavery and the Burning of Old Montréal

During the night of April 10, 1734, Montréal burned. Marie-Joseph Angélique, a twenty-nine-year-old slave, was arrested, tried, and found guilty of starting the blaze that consumed forty-six buildings. Suspecting that she had not acted alone and angered that she had maintained her innocence, Angélique's condemners tortured her after the trial. She confessed but named no accomplices. Before Angélique was hanged, she was paraded through the city. Afterward, her corpse was burned. Angélique, who had been born in Portugal, faded into the shadows of Canadian history, vaguely remembered as the alleged arsonist behind an early catastrophic fire.

Use the discount code 08AUEV to receive 30% off. 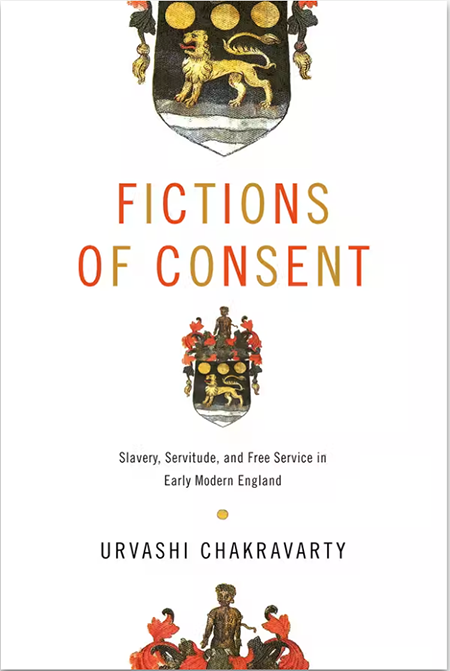 In Fictions of Consent Urvashi Chakravarty excavates the ideologies of slavery that took root in early modern England in the period that preceded the development of an organized trade in enslaved persons.

Despite the persistent fiction that England was innocent of racialized slavery, Chakravarty argues that we must hold early modern England—and its narratives of exceptional and essential freedom—to account for the frameworks of slavery that it paradoxically but strategically engendered. Slavery was not a foreign or faraway phenomenon, she demonstrates; rather, the ideologies of slavery were seeded in the quotidian spaces of English life and in the everyday contexts of England's service society, from the family to the household, in the theater and, especially, the grammar school classroom, where the legacies of classical slavery and race were inherited and negotiated. The English conscripted the Roman freedman's figurative "stain of slavery" to register an immutable sign of bondage and to secure slavery to epidermal difference, even as early modern frameworks of "volitional service" provided the strategies for later fictions of "happy slavery" in the Atlantic world. Early modern texts presage the heritability of slavery in early America, reveal the embeddedness of slavery within the family, and illuminate the ways in which bloodlines of descent underwrite the racialized futures of enslavement.

Use code RACEB4RACE22-FM for 30% off plus free shipping. 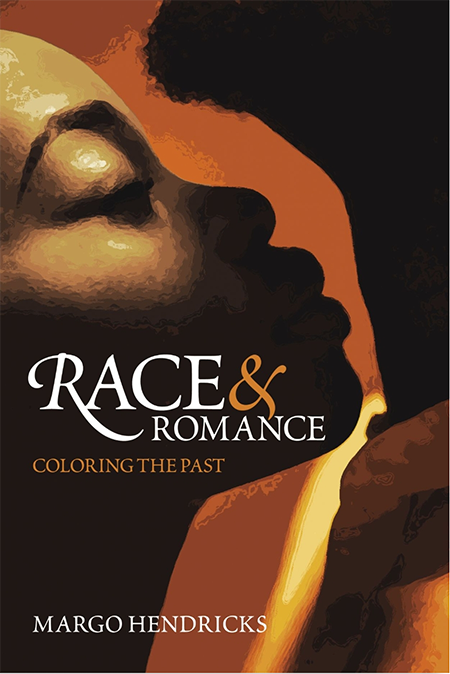 Race and Romance: Coloring the Past

Race and Romance: Coloring the Past explores the literary and cultural genealogy of colorism, white passing, and white presenting in the romance genre. The scope of the study ranges from Heliodorus' Aithiopika to the short novels of Aphra Behn, to the modern romance novel Forbidden by Beverly Jenkins. This analysis engages with the troublesome racecraft of “passing" and the instability of racial identity and its formation from the premodern to the present. The study also looks at the significance of white settler colonialism to early modern romance narratives. A bridge between studies of early modern romance and scholarship on twenty-first-century romance novels, this book is well-suited for those interested in the romance genre. 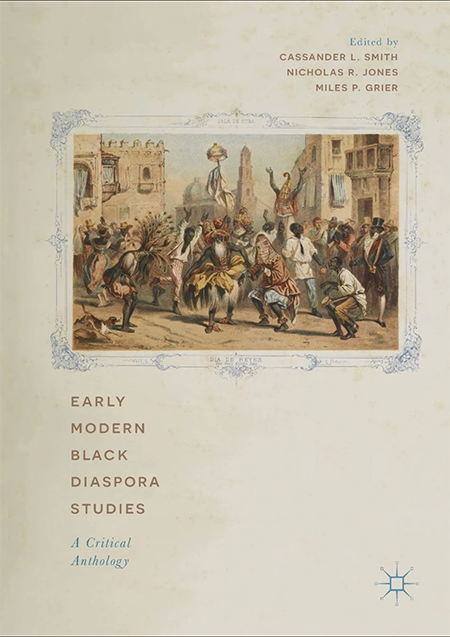 Early Modern Black Diaspora Studies offers new ways of considering archive, method, geography, and temporality to inform the study and practice of black political struggle over time. Contributors address phenomena in Africa, Europe, and the Americas from a variety of disciplinary perspectives ranging from literature to history, anthropology to dance, and beyond. Early Modern Black Diaspora Studies interrogates to what extent black lives drove cultural and political developments and in spaces throughout a wider Atlantic world. 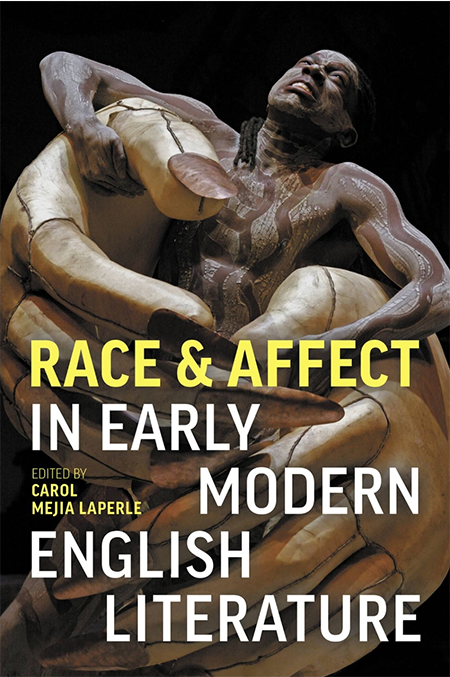 With a chapter by Mira 'Assaf Kafantaris.

Race and Affect in Early Modern English Literature puts the fields of critical race studies and affect theory into dialogue. Doing so opens a new set of questions: What are the emotional experiences of racial formation and racist ideologies? How do feelings—through the physical senses, emotional passions, or sexual encounters—come to signify race? What is the affective register of anti-blackness that pervades canonical literature? How can these visceral forms of racism be resisted in discourse and in practice? By investigating how race feels, this book offers new ways of reading and interpreting literary traditions, religious differences, gendered experiences, class hierarchies, sexuality, and social identities. So far scholars have shaped the discussion of race in the early modern period by focusing on topics such as genealogy, language, economics, religion, skin color, and ethnicity. This book, however, offers something new: it considers racializing processes as visceral, affective experiences. 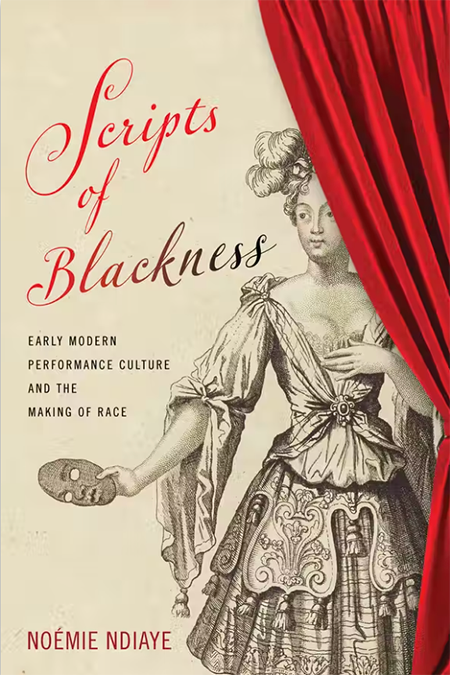 Scripts of Blackness: Early Modern Performance Culture and the Making of Race

Scripts of Blackness shows how the early modern mass media of theatre and performance culture at-large helped turn blackness into a racial category, that is, into a type of difference justifying emerging social hierarchies and power relations in a new world order driven by colonialism and capitalism.

In this book, Noémie Ndiaye explores the techniques of impersonation used by white performers to represent Afro-diasporic people in England, France, and Spain in the sixteenth and seventeenth centuries, using a comparative and transnational framework. She reconstructs three specific performance techniques—black-up (cosmetic blackness), blackspeak (acoustic blackness), and black dances (kinetic blackness)—in order to map out the poetics of those techniques, and track a number of metaphorical strains that early modern playtexts regularly associated with them. Those metaphorical strains, the titular scripts of blackness of this book, operated across national borders and constituted resources, as they provided spectators and participants with new ways of thinking about the Afro-diasporic people who lived or could/would ultimately live in their midst.

Use code RACEB4RACE22-FM for 30% off plus free shipping. 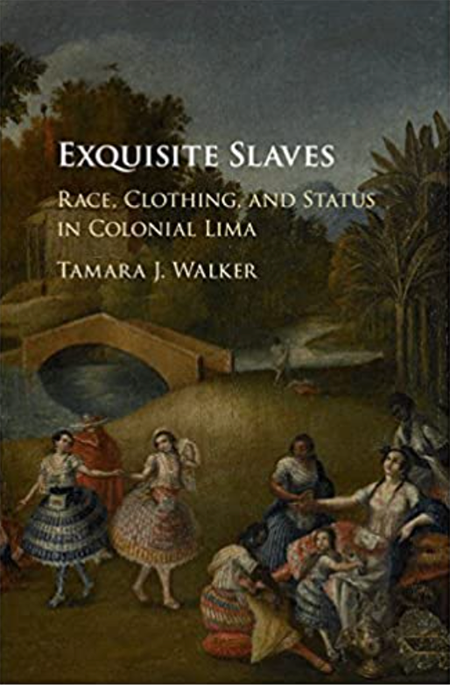 In Exquisite Slaves, Tamara J. Walker examines how slaves used elegant clothing as a language for expressing attitudes about gender and status in the wealthy urban center of eighteenth- and nineteenth-century Lima, Peru. Drawing on traditional historical research methods, visual studies, feminist theory, and material culture scholarship, Walker argues that clothing was an emblem of not only the reach but also the limits of slaveholders' power and racial domination. Even as it acknowledges the significant limits imposed on slaves' access to elegant clothing, Exquisite Slaves also showcases the insistence and ingenuity with which slaves dressed to convey their own sense of humanity and dignity. Building on other scholars' work on slaves' agency and subjectivity in examining how they made use of myriad legal discourses and forums, Exquisite Slaves argues for the importance of understanding the body itself as a site of claims-making.